Wow! It has been 50 years since dubreq launched the original Stylophone.
Millions have been sold around the world since then. To commemorate this milestone, dubreq redesigned the box and booklet for their latest batch of Stylophone S1 instruments, available now. They were kind enough to send me a sample. 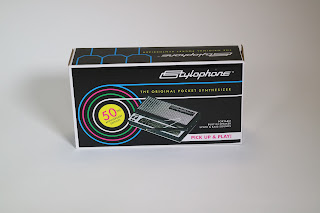 The instrument, itself, doesn't have any new features. But the box has fun, new artwork. 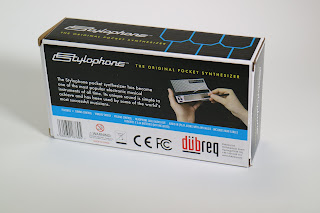 The usual S1 with an audio cable is inside, plus a redesigned instruction booklet. 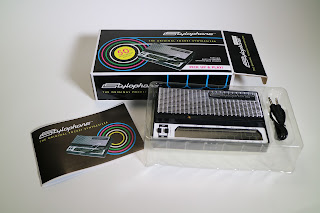 The booklet features a brief overview of the Stylophone's 50-year history, including photos of inventor Brian Jarvis, factory workers assembling instruments, the famous David Bowie endorsement advertisement and the familiar publicity photo for Kraftwerk's Computer World album with a mannequin pretending to be a robot pretending to be Karl Bartos playing a Stylophone. (Can mannequin's pretend?) 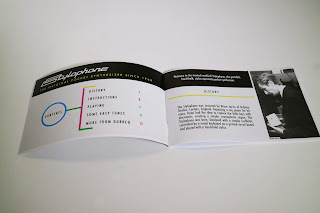 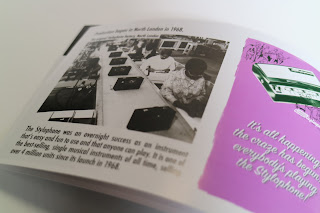 There's also the usual instructions, but with a colorful design to match the box artwork. 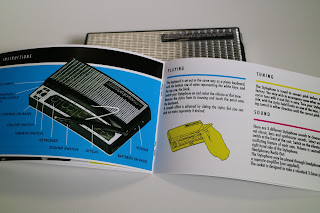 And, of course, there are melody charts for three songs to get you started. 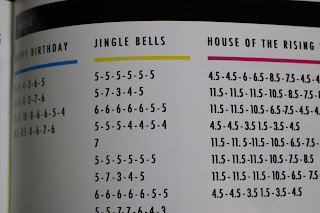 It's a fun makeover that retains much of the nerd appeal of previous versions. The S1 with it's new packaging would make a delightful gift for someone you'd like to introduce to the Stylophone phenomenon. 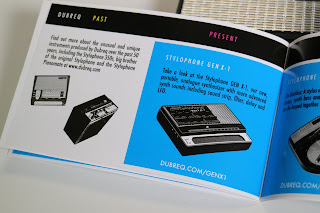