The newest addition to the Stylophone Museum is the Gen X-1, a fun little analog synthesizer that sells for about $70 USD. 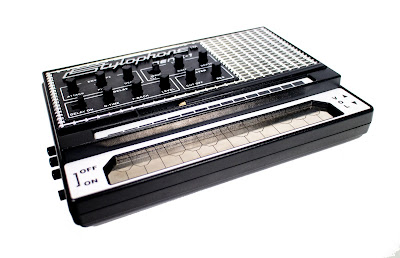 The Gen X-1 is true to its heritage, retaining much of the quirky, awkward charm of the standard model Stylophones.  It can be played with a wired stylus, has the distinctive 1960s visual design of the original, and can make similar (some would say irritating) electronic organ sounds if you tweak the knobs just so.  But the Gen X-1 does a lot more. With 16 knobs and switches to dial in pitches and timbres, it can produce a surprisingly wide range of analog bloops, bleeps and more conventional musical tones. It is especially good at producing Moog-like analog bass and sustained lead synth patches, sci-fi sound effects like sirens, flying saucers, and noisy outerspace drones. The built-in speaker isn't very loud or hi-fi, so plug in a pair of headphones or an external amplifier to get the full effect.

With the built-in ribbon controller, the Gen X-1 can be played a bit like a theremin, a trombone or a fretless string instrument. The ribbon allows for playing the pitches between the standard notes of western scales. It's especially useful for more experimental, sci-fi style patches that sweep smoothly from high to low frequencies, or vice versa. A wiggle of the fingertip will generate some subtle vibrato, too. 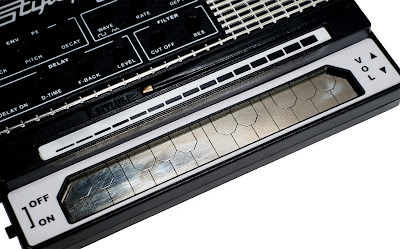 Another cool feature is the analog delay circuit. It can be tweaked to simulate the release stage that the included envelope generator doesn't have. (It only has attack and decay.) Or the feedback level can be cranked up to generate cascades of interesting noises. 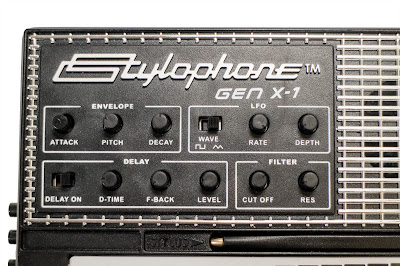 I find the tuning knob on the bottom of the instrument to be particularly useful.  Rather than allow only fine-tuning of the instrument's pitch (to match A440 or to be in tune with other instruments, for example), this knob can shift the keyboard up or down the full frequency range of the oscillator. 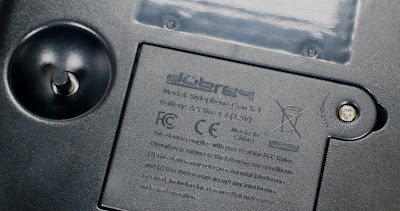 One funky and probably unintended feature of the Gen X-1 is that the instrument will function as a very weak microphone.  If you hook up the headphone output to an amp or recording device and really crank up the amplification, you can tap on or slap the plastic cabinet and hear the corresponding sound at the output.  It can even be manipulated by the delay circuit to produce some weird, noisy, percussion feedback. 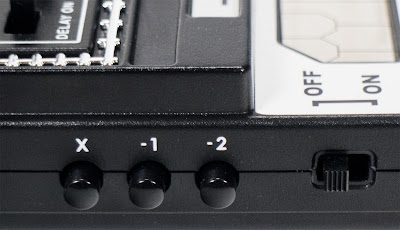 Is the Gen X-1 perfect?  No.  It's still basically a toy, although this model is bigger and seems to have a more sturdy build than the classic models or the S1 reboot. The metal keys can be a bit frustrating. Accidentally resting the stylus between notes will produce an unintended pitch in a higher octave. The stylus wire seems as restrictive as ever.  And, as with all Stylophones, it can be a challenge to play the right notes unless you constantly keep your eyes on the keyboard and tip of the stylus. But at about $70, the Gen X-1 really is a great value with a ton of musical potential. Its feature set and playability far exceed its nearest competitor, the Korg Monotron pocket synthesizer range.