The Stylophone Museum has three vintage Stylophone mini amplifiers. They were all made in Hong Kong under the Winston brand name and sold for around $10 each when new. 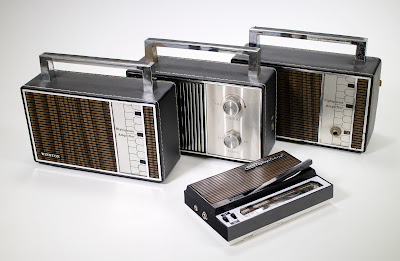 All three amps are identical in size at 8.25" wide by 4.75" high by 2.5" deep, but vary quite a bit in overall design and functionality.  They aren't marked with model names or numbers, so I will call them Amp A, B & C.

Amp A is the one that seems to be the most common. It was advertised as a mail-order accessory in the documentation for Stylophones sold by the American Stylophone Company in Chicago, Illinois. The price was $9.95 plus $1 for shipping and handling, plus 50 cents sales tax for Illinois residents. 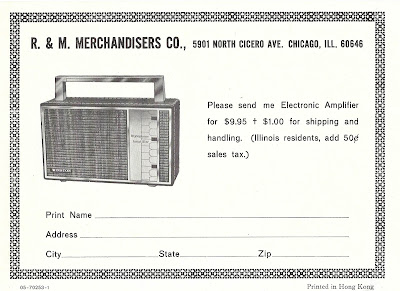 It features the familiar vintage Stylophone keyboard design on the front panel and a plastic speaker grille with a simulated wood grain pattern. It operates on nine C batteries. There are no audio input jacks because the back panel conceals a dual-plug cable.  The eighth-inch plug connects to an instrument's amplifier output jack. The smaller plug connects to certain instruments that also had an external battery input jack. On my unit, this power cable doesn't work properly with my dual-jack Stylophone pictured above, so I have to leave it unplugged.

Amp A does offer richer sound quality than a built-in Stylophone speaker, but it is not significantly louder.  It lacks volume and tone controls, so the sound you get can't be adjusted. There isn't a power switch either, so you need to unplug the audio cable from the Stylophone when not in use. 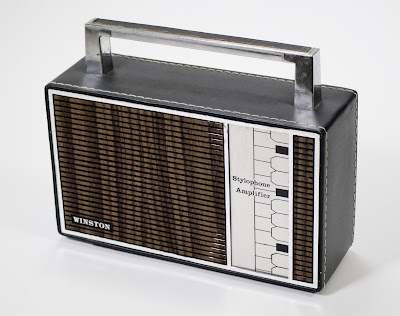 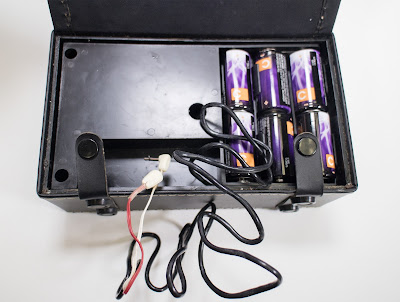 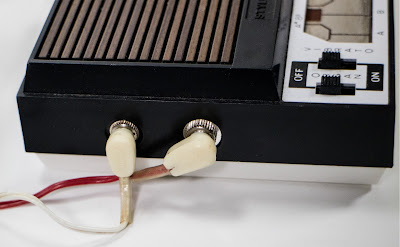 Amp B does not have any dubreq or Stylophone logos or markings, so I am not absolutely certain that it was originally marketed as a Stylophone accessory. It features an Off/On/Volume knob, which is a handy feature, considering that the earliest several Stylophone models lacked any sort of volume control.  There is also a tone control that can be used to adjust the brightness of the sound. This amp runs on four D batteries and has an eighth-inch audio input jack on a side panel.  Curiously, this amp's output is really no louder or better than a built-in Stylophone speaker, but with the volume control, it can be quieter. Sometimes a quieter Stylophone is a good thing. 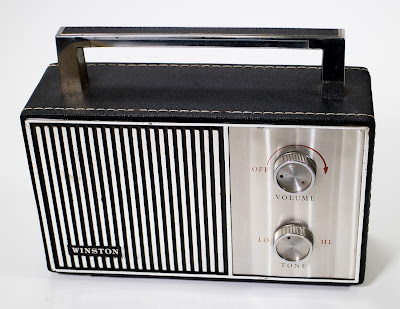 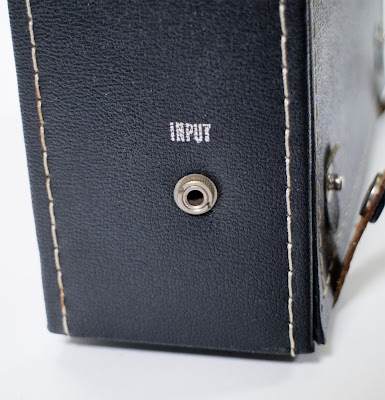 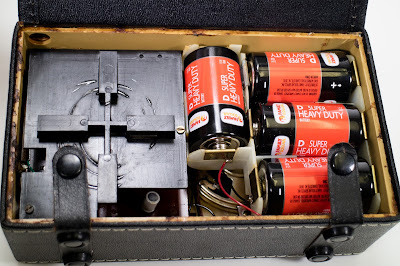 Finally, I have Amp C. Unfortunately, this one does not work. I've never seen another specimen like it. The cabinet design is nearly identical to my Amp A, including the Stylophone keyboard graphic, but the audio input jack is a quarter-inch phone jack located on the lower front panel. There are no control switches, buttons or knobs and it is designed to operate with two C batteries. There are very few electronic components in the point-to-point wiring.

(A reader has suggested that Amp C could be an Amp A unit that someone has customized with new circuitry for use as a guitar amp. It seems plausible.) 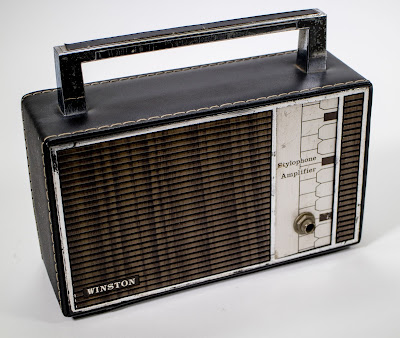 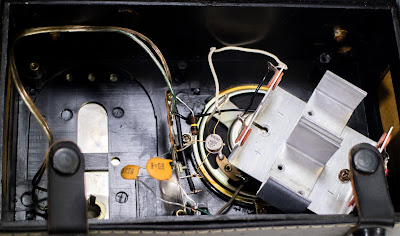 All three of these amplifiers are amusing additions to the Stylophone Museum, but have no practical value to the modern Stylophone player. You are far better off plugging your vintage Stylophone into almost any modern amplifier or portable MP3 speaker for better and louder sound.